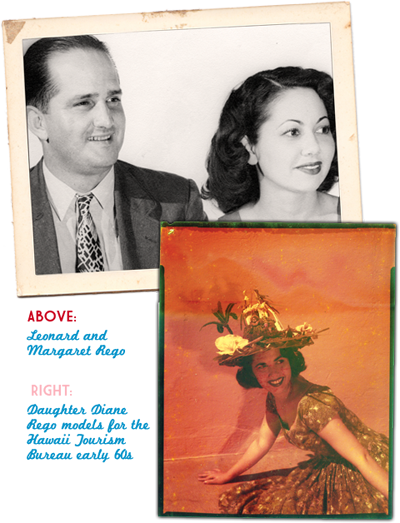 In June 1882 the British sailing ship ‘Monarch' brought Arsenio and Amelia DoRego from San Miguel Island, Portugal to Maui, Hawai'i under contract to work the sugar cane fields. Some 33 years later, their grandson Leonard was born. In 1946 Leonard and his wife Margaret moved to Honolulu with their daughter Diane, age 8. Leonard worked at Snowflake Bakery until he founded Leonard's Bakery℠ in 1952.

Leonard and Margaret were no strangers to hard work, both coming from very large families. The bakery prospered. Not long after opening, Leonard's mother suggested making malasadas for Shrove Tuesday – a Portuguese tradition. Although thinking it may be too ethnic, Leonard's bakers complied. Malasadas were a huge hit. And, the appetite for malasadas in Hawaii was born. 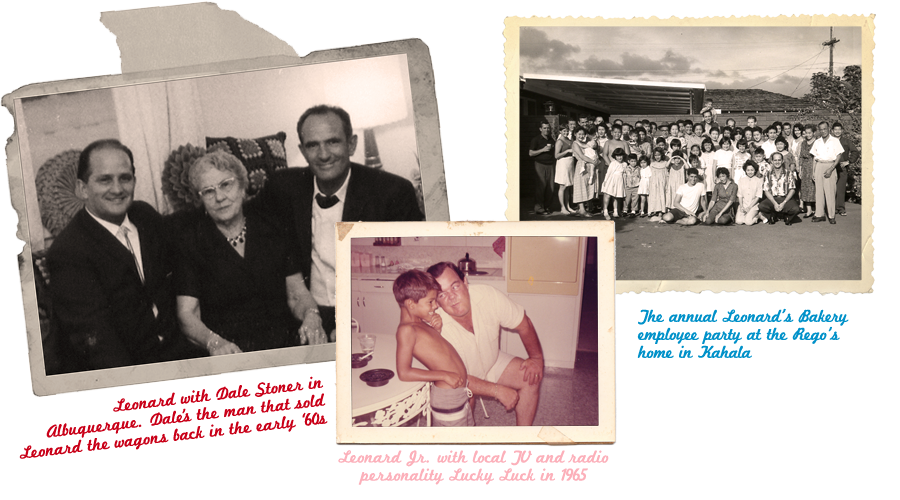